skip to main | skip to sidebar

What an excellent idea

Congratulations to John Hunt for bringing this to my attention. Reminds me of the time I heard someone say that 95% of British people are christians because they were baptised!!! Not through choice, that`s for sure. http://news.bbc.co.uk/1/hi/uk/7941817.stm And the ultimate cop-out comes from Rowan Williams who`s just found out what we all know. That we`re screwing-up the planet, but God won`t help us. But somehow I can just hear them thanking him if it all turns-out fine and dandy. Heads I win tails you lose, every time. http://news.bbc.co.uk/1/hi/uk/7964880.stm
Posted by Momodem at 21:30 No comments:

Strolling down the Ardingly Branch

It was a nice sunny morning to walk the Ardingly Branch from Copyhold Bridge to the aggragate works at Avins Bridge. It`s now single line rather than the original double track but near to the end the original two tracks remain along with some original bullhead rail and chairs. There`s an old P`way hut and the attractive Rivers Farm bridge, in the style of the bridges on the Bluebell line. You can still see some of the original SR insulator pots at the bottom of the embankments because this line was electrified as far as Horsted Keynes.

Looking towards Ardingly with Copyhold TP Hut on the right

Inside the hut, high speed circuit breakers down the right side

Some of the original double track

The aggragate train, note the old gantry on the left
Posted by Momodem at 17:27 No comments:

For more photos, go to http://momodem1.googlepages.com/wales2009

I was asked to photograph this sub` at night for a presentation. My manager, Bobbers, went in and switched all the lights on at night and I took long exposure shots of it...

This lock was about half a mile further upstream of Fulling Mill Lock. I got very confused trying to find this lock, bearing in mind it is 200 years old. It can be clearly seen on the 1875 map but unfortunately the branch line from Haywards Heath to Ardingly runs right over the area where the lock was. When I got to the area where the river Ouse runs under the railway, you can clearly see what looks like one side of the lock wall and it is in the right location. The other wall would have had to be demolished to build the railway arch right next to it. After taking a couple of photos I was attempting to get Mabel, our dog, to come back to me when I saw some brickwork to my left. I knew straight away that it was the lock and the wall I`d been looking at was just a retaining wall built by the railway contractors.

I could clearly see the shape of the lock and a lot of the brickwork and sandstone blocks. It was annoying that a couple of trees had come down right across it but I`ll return one day with a saw to clear them. As with nearly all the locks on the Ouse, the lock was part of a "cut" that went around a part of the river with rapids. This has totally silted-up now. 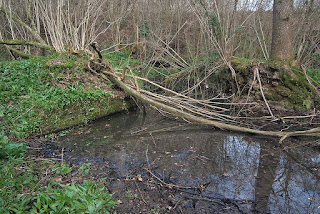 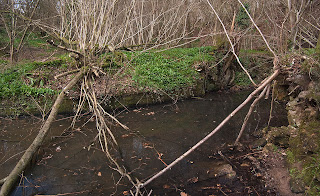 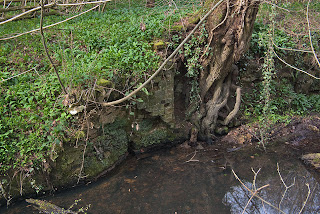 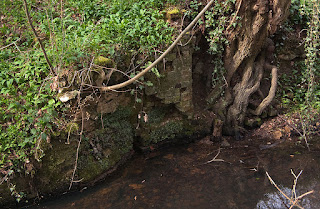 Momodem
Eastbourne, East Sussex, United Kingdom
Married to Ruth, no kids but we have Mabel and Gladys as pets.